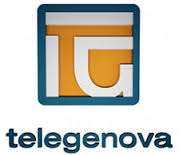 Massimo Garaventa and Alessandro Odino are guests of the Italian Power transmission in the Telegenova television studios.

Retrace the history of UT Europe…

The company was founded in 1985 when we firts imported in Italy the sale of the discount format that was becoming popular in Europe in those years.

We collaborated with the German distribution groups for their entry into Italy.

In the early 2000s we have internationalized our business throughout Europe, providing products for personal care, house care products and industrial rolls with just in time deliveries thanks to our extensive distribution network.

Then in 2013 we have taken an important step forward in making us an independent production.

Evolution of the company, product evolution: what’s new?
The next goal is to bring in a large retail the new BIO line of cosmetics affordable for mass consumption, exploiting economies of scale.

We work a lot on the selection of the ingredients in our products: even the new anti-aging aftershave and face cream with Goji extracts, just put on the market, are very competitive in price/quality ratio.
Last, but absolutely not secondary, we work on the aesthetics of the product: certain of the product quality, we are also working on its packaging.

How the economic crisis has been addressed? What are your strengths?

In ancient greek “crisis” and “opportunity” have the same root, and we wanted to marry this lexical interpretation to our advantage by exploiting a potentially dangerous situation. In fact, we took the opportunity to make an internal restructuring, by turning our gaze to the markets abroad and the ones that more than our, have been able to cope with this critical time, and to embark on the production of selected products.
The effort that has paid us more and that makes us highly competitive was to bring in the large distribution high quality products at affordable prices.

What are your future goals?

Extend our market to countries such as Russia, the Arab Emirates and China. We are preparing for important international exhibitions such as CosmeTokyo for Asia and PLMA for the European market.
To hear the full interview, follow the link on the Facebook profile Daily Touch https://www.facebook.com/DailyTouchItalia/